The NYSC Director-General, Brigadier General Shuaibu Ibrahim has said since the enactment of the Freedom of Information Act in 2011, NYSC has been at the forefront of ensuring total compliance with the provisions of the Act.

Brig.Gen. Ibrahim stated this today while declaring open a workshop organised by the National Youth Service Corps for its Freedom of Information Act Desk Officers in Abuja

The workshop with the theme; “Mainstreaming the Freedom of Information Act into Effective Service Delivery in NYSC Scheme”.was attended by FOIA Desk Officers from the 36 State Secretariats including FCT 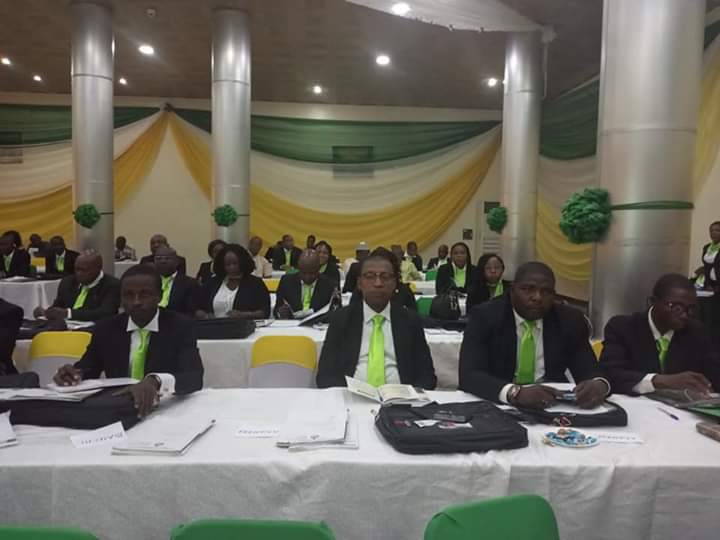 The workshop ,according to scheme was targeted at consolidating the successes recorded by the Scheme regarding FOIA and also sensitive the public on the Freedom of Information Act.

The Director General appealed to workshop participants to ensure effective record management, effective liaison as well as prompt response to enquiries from Members of the public.

“The Scheme has had to grapple with challenges, which are sometimes occasioned by apparent lack of knowledge of our policies and operations by a section of the public. I therefore charged Nigerians to familiarize themselves with the NYSC Act so as to understand better, the operations of the scheme and its role”, he said.

General Ibrahim added that apart from promoting national unity, the selfless services rendered by the young men and women on national service has brought positive transformation in the socio-economic development of the country over the years.

The Director, Press and Public Relations ,Mrs Adenike Adeyemi, in her address said the FOIA workshop is an annual event where Desk Officers gather to be refreshed with the FOI current trends and innovations which provides them with the requisite platform to interact and rub minds with one another on the challenges they face while discharging their duties.

Adeyemi said NYSC has since keyed into FOI policy of the Federal Government having appointed Desk officers for the scheme to coordinate the policy both in the National Directorate Headquarters and the 36 states including FCT Secretariats.

She added that the scheme have FOI Community Development Service Corps for Corps members who assist in sensitizing the public on the spirit and letters of the FOI act.

She therefore enjoined the workshop participants to take full advantage of the programme to sharpen their knowledge in order to more effective and efficient in service delivery.

The freedom of Information bill which was passed into law in 2011 is one of the Federal Government policies put in place to ensure effective and efficient records within the framework of the enabling act to any interested persons. The FOI act gave the publics opportunity and privilege to request for and also receive information on specific issues of concern.