The Federal Government through the Office of Senior Special Assistant to the President on Sustainable Development Goals, OSSAP-SDGs recently delivered newly constructed and well equipped state of the art fish kiln, 339 shops at the popular Oluwo fish market and a ultra modern Youth Centre in Epe town, Lagos State

While unveiling the landmark projects, Gov. Babajide Sanwo-Olu, said they are worthwhile and will have direct impacts on the socio-economic development of Epe town, Lagos State and Nigeria in general.

He noted that the market project was a commerce-oriented venture, designed to improve the livelihood and earning capacity of beneficiaries while the recreational facility will positively affect people’s lifestyle and translate to health benefits, as well as improved quality of life for members of the community.

The Governor therefore appealed to the beneficiaries to see the projects as public resources entrusted in their care, urging them to productively utilise the facilities with the utmost sense of responsibility.

”This is also what our great party, the APC, stands for, bringing a better life for all our people, regardless of their age, gender, religion, income or class. Our goal is to ensure that no one is left behind, as we spread development around Lagos,” Sanwo-Olu said.

In her remarks, Princess Orelope-Adefulire noted that her office, had in addition to the projects being commissioned, facilitated the rehabilitation of more than 10 schools and four healthcare projects in the Lagos East Senatorial District. These, she said, are crucial for social integration and inclusiveness. 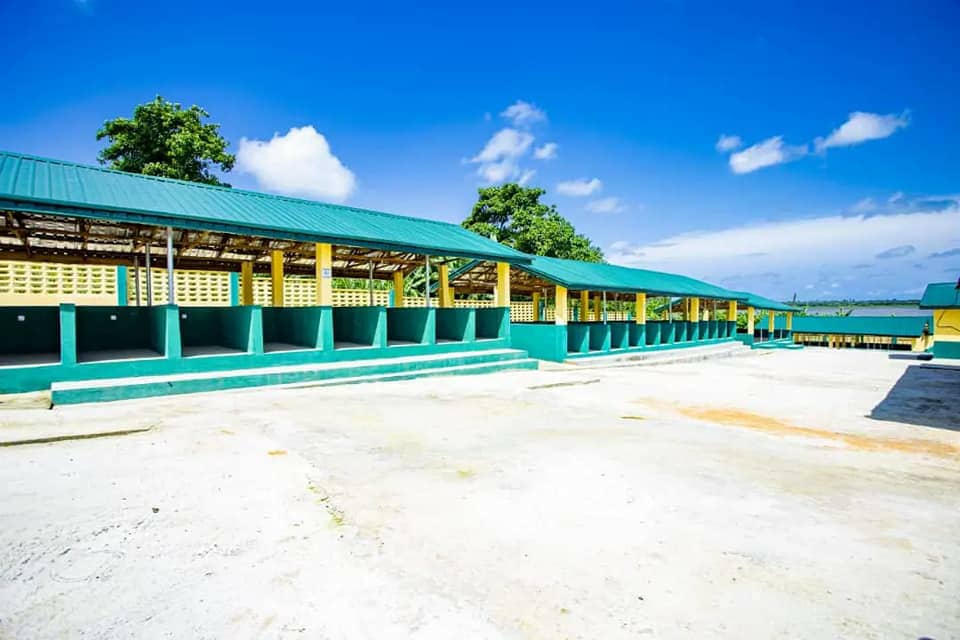 On the remodelled Oluwo fish market and modern fish kiln constructed and equipped by her Office, Princess Orelope-Adefulire said , the project was evidence that despite the colossal disruption to global economic development  by COVID-19 pandemic, the Buhari Government has continued to make remarkable efforts at initiating and executing pro-poor and pro-development projects across the country.

She noted that the project is aimed at helping Nigerians cushion the dragging effects of the pandemic as well as closing the implementation gap and fast-tracking the actualization of the Sustainable Development Goals in Nigeria.

Speaking at the event, Senator Abiru noted that he facilitated the projects in line with his mission to improve the lives of the people of Lagos East.

The Senator said in addition to the comprehensive rehabilitation of the Oluwo fish market, about 1,250 market women and traders would be empowered with the sum of N50,000 each as financial grants with N62.5 million to be spent on the empowerment initiative.

He added that the empowerment also included distribution of hand-planters to about 200 rural farmers, along with financial grants of N20,000 each.

A novelty football match was played on the pitch of the new stadium between Tokunbo Abiru Football Club and Epe Alaro United. The match ended in a penalty shootout which was won by the Abiru FC.