Clerics in Iragbiji, the country home of Governor Adegboyega Oyetola of Osun State on Friday showered encomiums on him for his developmental strides and commitment to the welfare of the people since he assumed office.

The Islamic leaders who could not hold back their enthusiasm, applauded the Governor for raising the bar of governance and for displaying high sense of commitment to human and capital development in the State. 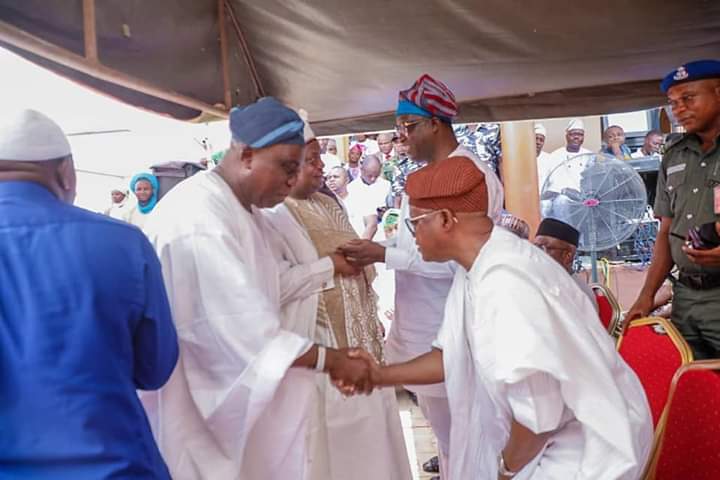 The clerics gave the applause during the annual Fidau Prayer session organised in honour of late matriarch, Alhaja Wulemat Oyetola, mother of the Governor, at the deceased’s residence in Iragbiji.

Led by the Chief Imam of Iragbiji Central Mosque, Sheik Ibrahim Ilufemiloye, the clerics maintained that the State had witnessed meaningful changes in different sectors in the over one year of Oyetola’s administration.

Ilufemiloye also acknowledged the Governor for sustaining the payment of full salaries and pensions to active and retired worker in the State, saying, ‘a new leaf had been turned in the art of governance in the state’.

According to him, the administration of Governor Oyetola has rekindled the people’s hope, doused their fears of uncertainty and guaranteed a better future for them.

“To be candid, you have proven to us that you are capable of governing us. You have displayed a high sense of commitment to ensure a better future for all and sundry particularly the poor masses.

“We can see your presence on Osogbo-Iwo road. This is a project that has been crying for government’s attention over the years. We can see your road rehabilitation, school revitalisation, security commitment and socio-economic interventions all over the state.

“You have made unprecedented landmark achievements in the health sector. We can see changes in health centres here and there. You are not only revitalising our hospitals but also equipping them with modern facilities to ensure healthy living for our people.

In his response, Governor Oyetola thanked the people of the state for their support, saying the support received from them is an incentive, motivation and encouragement for him to do more.

He described the annual prayer session for his late mother as a necessity in view of her sterling contributions to the uplift of the Oyetola’s family when she was alive.

“My message is about thanksgiving. I appreciate all of you particularly the religious leaders. This is what I have been doing in the last nine years because I believed that my mother was a fortunate woman who used all her life to worship her creator, served her husband and nurtured her children.

“Though she is late but her footprints will live forever and this is one of the many things I can do to show my appreciation to her. I thank God today that we can have it this year. The one we did last year, we were facing legal battle but this year we are having our foots firmly on ground as a government. 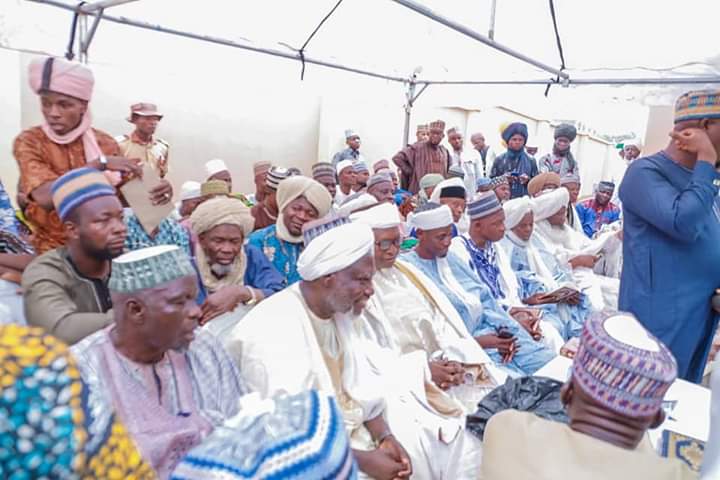 In his sermon, Sheik Ashiru Oladosu, reminded the Muslim faithful on the importance of prayers for the dead, saying the only gift that those alive could give to the dead is to ensure continuous prayers for them.

Oladosu who eulogised the governor for organising annual prayer session for his late mother, called on others to emulate the good gesture.

In his remarks, the Aragbiji of Iragbiji, Oba Abdul-Rasheed Olabomi, prayed for the success of the present administration in the state.

He prayed to God to grant the governor and members of his cabinet long life, strength and wisdom to perform their responsibilities and contribute their quota to the development of Osun.

The prayer session was led by Alhaji Salman Ayegbami.

In attendance at the occasion were Deputy Governor, Mr. Benedict Alabi; members of the State House of Assembly; Secretary to the State Government, Prince Wole Oyebamiji; Chief of Staff to the Governor, Dr. Charles Akinola; Deputy Chief of Staff to the Governor, Prince Abdullahi Binuyo; members of the State Executive Council, Commissioner of Police, Mr. Johnson Kokumo and other Service Chiefs; political leaders, government functionaries among others.