President of the Senate, Ahmad Lawan, has called on religious leaders in the country to pray for Nigeria and its leadership, saying that the country will eventually overcome its tribulations.

The funeral mass was officiated by the Most Archbishop of Abuja Catholic Reverend Ignatius Kaigama.

“We need prayers as a country and a people. We cannot ask for this at a better place. We need to have a very peaceful, secured and safe country.

“Prayers can do a lot of things. Prayers can make leaders to perform. So, Nigerian leaders need prayers so that we remain focused on ensuring that we discharge our obligations and mandates to create the kind of country that all of us desire,” Lawan said.

Speaking on the challenges faced by the country in several states, the Senate President added, “We may see things we don’t want to see today, but the power of prayers can change so many things for the better. We shouldn’t despair.

“It is sad we are going through this, but we can overcome it. May Almighty God help us overcome our tribulations.”

Lawan, while paying tribute to the deceased lawmaker who represented Plateau South until his demise, said Longjan’s quest for unity and peace are lasting legacies that will continue to unify Nigerians.

According to the Senate President, the National Assembly will work concertedly at building on those ideals the deceased lived for, so as to attain peace and progress for Nigeria.

“He was at peace with everybody, and all of us saw a man who wanted to see not only Plateau being peaceful, but our country Nigeria being in peace.

“The task before the rest of us, especially in the Senate and in the National Assembly, is to continue to work on those ideals, those things he believed in, those dreams he had for Nigeria, that we live in trust and have faith in ourselves for a progressive and peaceful Nigeria.

“This is one loss that is for all of us, this country will miss him. He was one gentleman that made a difference.

We pray that this death that has brought so many together will continue to unite people, and of course, this country need unity,” Lawan said. 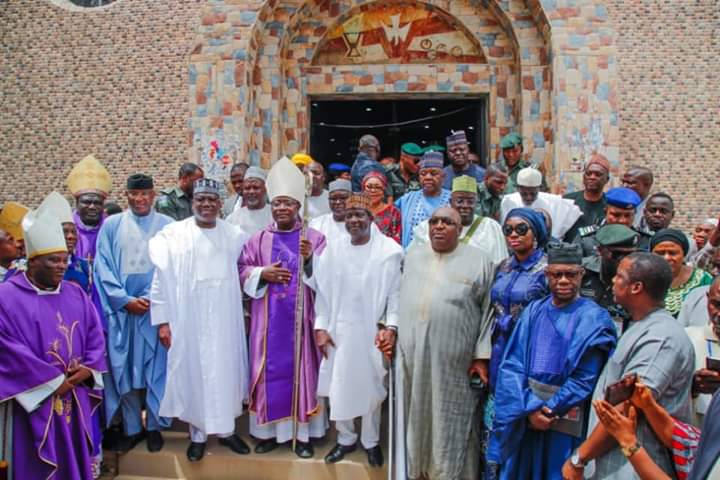