There is palpable tension in the Peoples Democratic Party (PDP) as party stalwarts in the South East region have resolved to resign from the party en masse. 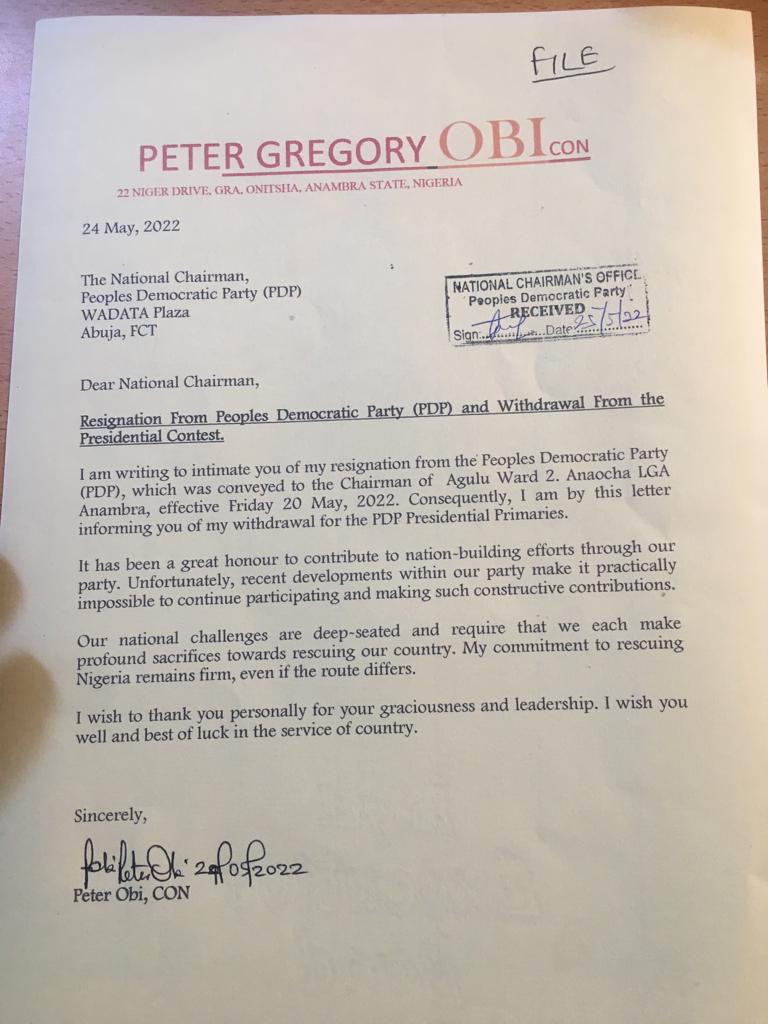 News Band gathered that the grouse of the party chieftains towards the mass exit was inspired by the latest refusal of the party to zone the presidential seat to the South East region.

The Senator Iyorchia Ayu-led executive committee of the party had spurned the zoning culture of the party and rather, threw the contest open to all persons regardless of region when it got to the turn of the South East to produce the presidential candidate.

As part of his moves to dump the party, the former Deputy President and governorship aspirant in Enugu State, Senator Ekweremadu announced his withdrawal from participating in the PDP governorship primary election scheduled for Wednesday, May 25, 2022.

This was contained in a statement signed by the Director General of his campaign, Charlse Ogbo Asogwa, who urged supporters of the former Deputy Senate President to remain peaceful.

Sources close to Peter Obi also informed the medium that the frontline presidential aspirant may, in the near future, withdraw from PDP presidential race and dump the party for another over the amended electoral law.

In a related development, the Senate Minority Leader, Abaribe, has also withdrawn from the governorship primaries of the Peoples Democratic Party in Abia State.

Abaribe made the announcement in a statement he personally signed and issued on Tuesday.

Meanwhile, in a separate development, a former Group Managing Director of Diamond Bank Plc, Dr. Alex Otti, is also withdrawing from the upcoming All Progressives Congress (APC) governorship primary election to enable him contest in another party in line with the amended electoral law.

Dr. Otti announced his withdrawal after he had earlier declared his intention to contest the governorship election on the platform of APC.

When contacted, a PDP chieftain in Anambra State, who spoke on condition of anonymity, said the party structure is intact, adding that the decampees are doing so purely for selfish, and not geopolitical, reasons.

He cited the case of Ekweremadu who, he said, is spurning the zoning principle of the party to pursue a personal agenda.

He also cited Senator Abaribe, saying he wanted to contest against the zoning principle of the party.

It is not immediately clear whether all affected persons will join a particular party or whether they will go their various ways.