Skip to content
You are here
The National Youth Service Corps said it will continue to explore avenues for training of Corps Members on modernized farming and deployment of equipment.
The Director-General, Brigadier General Shuaibu Ibrahim stated this during seperate signings of Memorandum of Understanding with the Agricultural and Rural Management Training Institute (ARMTI) and National Centre for Agricultural Mechanisation (NCAM) at their offices in Ilorin. 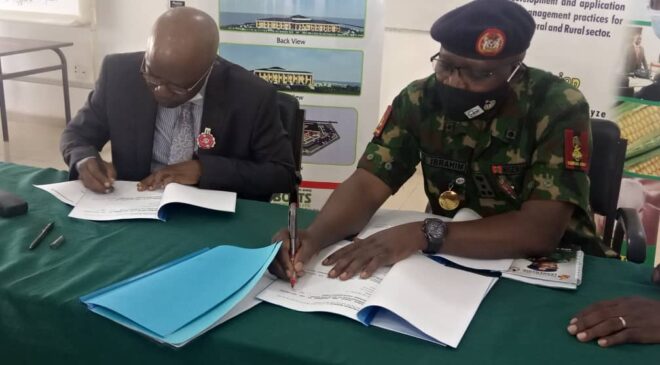 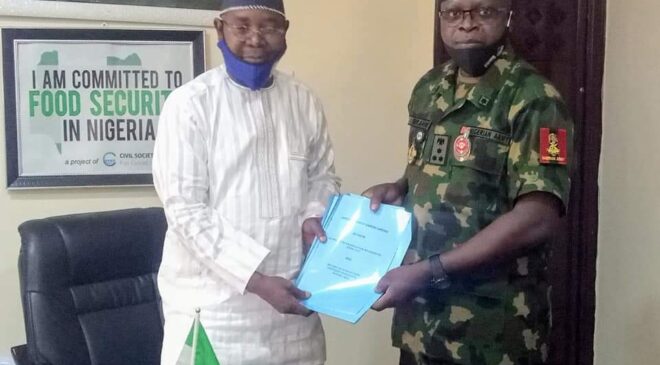 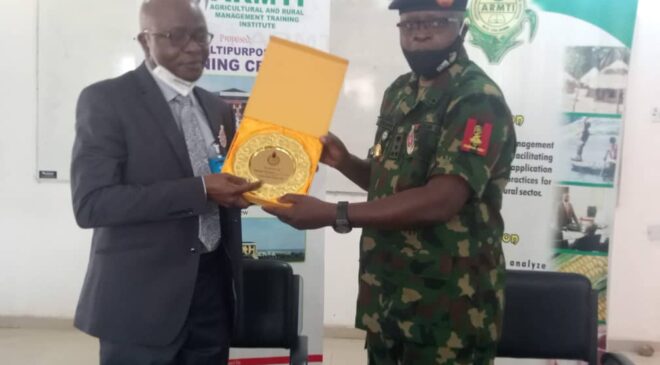 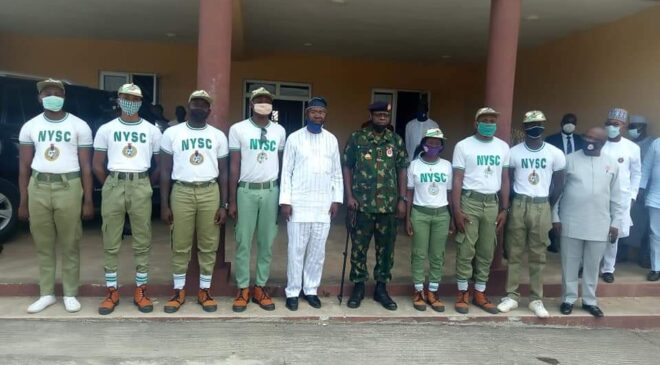 The Director-General said the partnership which kicked off with the two agencies was aimed at boosting the Scheme’s agricultural programme and support Corps Members that were interested in agro-ventures.
He added that Corps Members were being encouraged to identify their talents and develop them with passion.
Ibrahim said the synergy with ARMTI would offer professional training in modern agricultural practices for both Corps Members and NYSC Staff.
He also said the input from ARMTI would boost the morale of other NYSC partners and attract from them more assistance for the Corps Members.
At NCAM, the NYSC helmsman said Corps Members were gifted with potentials, which if properly harnessed would propelled the country towards greater economic development.
He said white collar jobs were not easy to come by, saying that informed the decision of the Scheme to introduced its Skill Acquisition and Entrepreneurship  Development programme in 2012.
“We felt the need for us to partner so that you can bring your expertise to bear on our Corps Members by enhancing their skills in agro-business,” Ibrahim said.
In his remark, the Executive Director, ARMTI, Dr Olufemi Oladunni assured of the institute’s readiness to train Corps Members.
He said the institute recently trained and empowered some youths on poultry farming and vegetable production.
“I want to assure you of our full support and we won’t take anything for granted,” he said.
Also speaking, the Executive Director, National Centre for Agricultural Mechanization (NCAM), Engr. Muideen Kasali assured of assistance to the NYSC adding that the institute would improve the capacity of Corps Members in agriculture through mechanization.
He said NCAM had over the years trained different stakeholders including students, youths and women in agriculture.