Borno State Governor, Professor Babagana Umara Zulum on Friday in Maiduguri, handed over 81 units of three-bedroom apartments along with cheques worth a total of N79m to 81 resident medical doctors.

Each of the doctors was given a tastefully built flat at a quarters specifically built for doctors in 13 blocks of two-storey buildings with each block having six flats. Quarters was fully fenced, landscaped, flowered, and provided with sporting facilities and playground.

The 13 blocks at the quarters have combined number of 78 flats, while another storsy building sited at Muhammadu Shuwa memorial hospital has three additional flats, making 81 flats.

Two out of the 81 flats were fully furnished, while 79 were yet to be furnished.

One of the beneficiaries of the 81 flats was Dr. Bulama Gaidam, currently under the captivity of the ISWAP terror group.

Gaidam was abducted on Wednesday, March 16, 2022 in Gubio, where he was serving as Principal Medical Officer of the General Hospital. 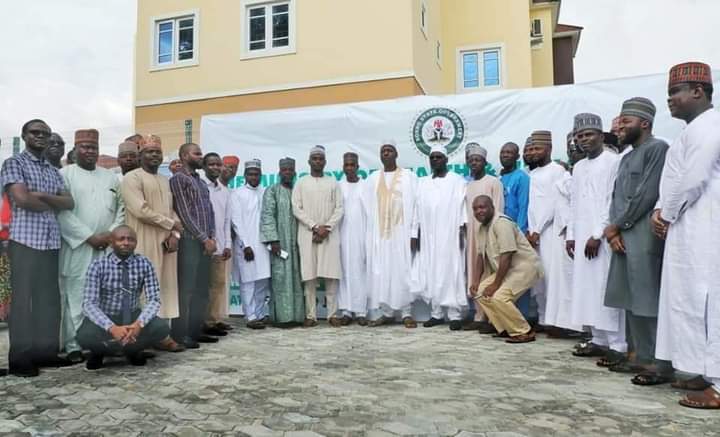 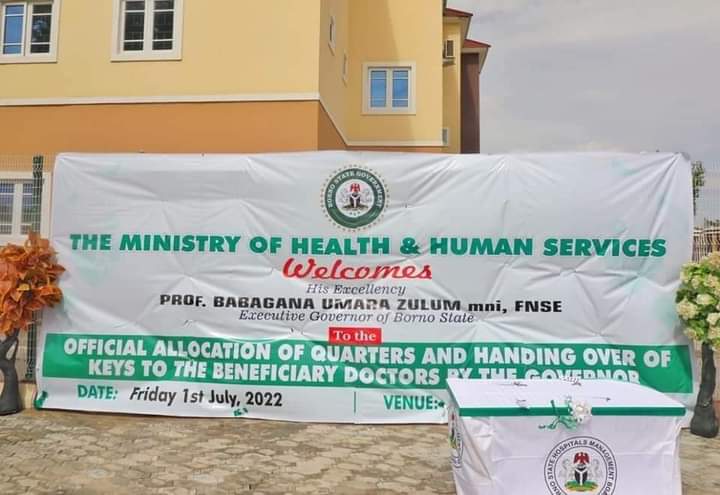 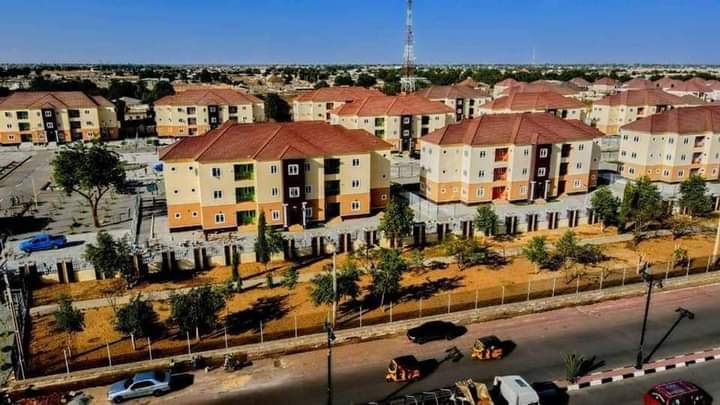 Governor Zulum handed over keys of one of the two fully furnished flats.

Speaking to wife of the abducted doctor, Zulum consoled her and strengthened her hope to one day reunite with her husband.

The Governor assured all the 81 doctors who benefitted that Government will make some efforts to support them in powering a standby generator installed for the quarters.

He however urged the doctors to form a residents’ association through which they can make contributions to find ways of sustaining facilities at the estate, and enhancing their communal safety.

Zulum promised that more doctors who were not among the 81 beneficiaries will be supported in other ways of Government’s continued drive to improve the welfare of medical doctors for better service delivery that saves and improve human lives.

It would be recalled that the doctors quarters was commissioned by Vice President Yemi Osinbajo on February 24, 2022, after which modalities were put in place for consultative selection and allocation to benefiting doctors.

The VP commissioned the flats while in Maiduguri to launch Borno’s edition of the Federal Government’s Micro, Small and Medium Enterprises (MSME) Clinic.

Meanwhile, during his hand over of the 81 flats and cheques to the medical doctors, Governor Zulum directed the provision of two buses for permanent stationing at the quarters for transporting them to hospitals for healthcare services.