The Nigeria Inter-Religious Council NIREC has appealed for attitudinal change that would encourage peaceful co-existence among Nigerians, irrespective of religious persuasion, as that would serve as a catalyst for the socio-economic development of the country.

The Executive Secretary of NIREC, Rev Fr. Prof. Cornelius Omonokhua stated this while on a courtesy visit to the NYSC Director-General, Brigadier General Shuaibu Ibrahim in his office in Abuja.

He disclosed that the council which was conceived in 1998, but inaugurated in 1999 has been fostering mutual trust among Muslims and Christians in the country. 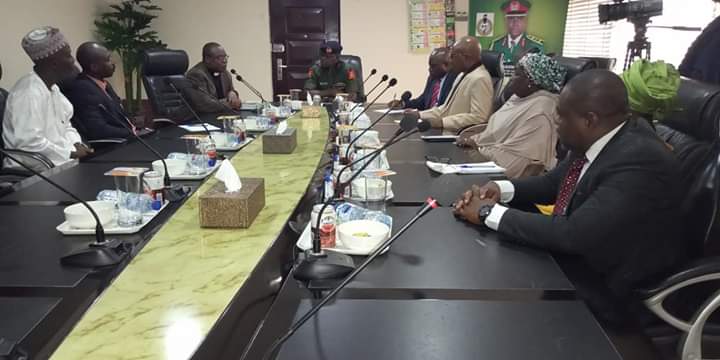 The Executive Secretary, who commended the Federal Government on its efforts at peace-building, dialogue and conflict resolution pointed out that the council has been visiting higher institutions across the country in order to encourage religious tolerance and harmony among the students.

While appreciating the bond of unity that exists among the Muslims and Christians in the country, Prof. Omonokhua revealed that Nigeria has been known for its tremendous roles in peace-keeping operations in many countries in Africa.

The NYSC Director-General in his response counselled that religion should be used as a tool to promote National unity.

He opined that NYSC Scheme was apolitical and would continue to promote the corporate existence of the country.

The DG who added that the Scheme since inception in 1973 has been contributing its quota to national development urged Nigerians to show love, patriotism, religious tolerance, shun ethnic sentiment but be committed to national unity and development at all times.